What To Expect After You're Diagnosed With Uveitis

Uveitis isn't an extremely common condition, but it's often associated with other autoimmune disorders, like lupus and arthritis. If you've been diagnosed with uveitis, this is what you can likely expect ahead of you.

Uveitis is just another type of autoimmune disorder. In other words, it's a condition where the immune system misunderstands and attacks healthy cells instead of foreign invading cells, like viruses and bacteria. With uveitis, this type of autoimmune activity is usually limited to the eyes. However, it's rare for a person to develop uveitis on its own — it usually comes up when someone already has another autoimmune disorder somewhere else in the body.

The good news here is that treatment for uveitis is entirely possible and can be very effective.

The most likely treatment you'll be placed on is steroid eye drops. Steroids are known for their ability to tamp down the immune system response, which while often considered a negative, is extremely useful for people with autoimmune disorders. It essentially quiets the immune system and prevents it from doing as much damage as it normally would to the eyes.

Eye drops are used instead of oral medication because it limits how much steroid you're exposed to and prevents the rest of your immune system from being significantly impacted. This way it also won't interfere with any other medication you're taking for autoimmune disorders. You also won't get any of the unwanted side effects that can come with taking a steroid orally.

Of course, treatment isn't enough all on its own. You'll need to keep up a regular schedule of appointments with your eye doctor. During each appointment, your eye doctor will use their ophthalmic equipment to look deeply into each of your eyes. This will let them look at the tissues to determine if cellular damage is still occurring from the autoimmune disorder. If it is, an adjustment in your medication will be made, and another check-up will be scheduled to determine if the medication is working as well as it should.

Uveitis can be an uncomfortable condition to have, and one that requires constant care. Whatever you do, make sure you don't skip or miss your treatments. Forgetting to use your eye drops gives the immune system the opportunity to start overacting again, and damage can occur as a result. This is your vision that's being talked about, so do what you need to to protect it.

Contact an eye doctor in your area or have a peek at this site to make an appointment. 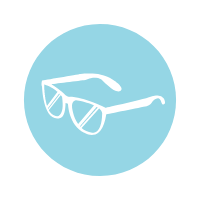 Every morning, when you wake up, you open your eyes and look at the world around you. If you wear glasses or contacts, you might not be able to see clearly when you first wake up, but still — you can see. Isn't that amazing? Vision is definitely cool, and nobody knows that better than optometrists, or eye doctors. They spend their careers looking at eyes, after all. If you have ever wondered what, exactly, your optometrist is looking for when they examine your eyes, then you have come to the right place. Here, you can read articles all about optometrists and their work.